Loving Vincent gets a Standing Ovation at Plein Air Convention 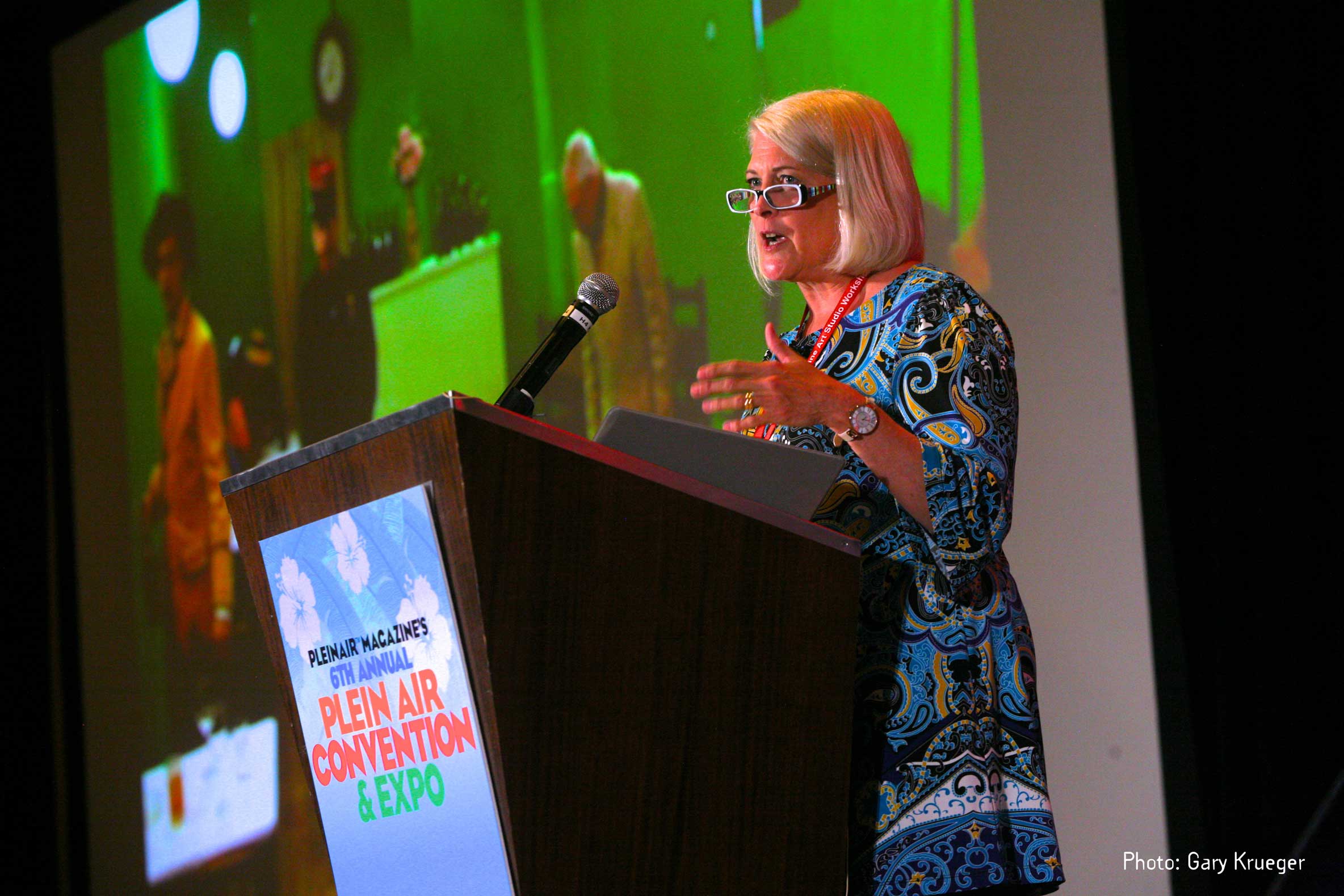 Dena Peterson, a Loving Vincent painter animator from Colorado Springs in the USA, was recently invited to speak about her experience at the Plein Air Convention and Expo 2017 (#PACE17) in San Diego.

The convention was attended by nearly 1000 painters and collectors.  Dena spoke passionately about her experience working in Gdansk, Poland on the film, the background on the project and its directors, as well as her love of Vincent van Gogh and how it has affected her and her own work.

She received "the first spontaneous standing ovation I’ve ever seen at the convention”, according to one audience member.

“I was so moved by the response to my talk and to the interest and excitement it generated for the film.  Everyone is anxious to see it and we were talking about it long after I spoke,” says Peterson.