The 42nd Polish Film Festival in Gdynia have announced their programme, and we are delighted to reveal that not only is Loving Vincent screening in competition, but it has also been chosen as the opening night film. The festival runs from 18 - 23 September, and will premiere the Polish dub of the film. Gdynia is also director Dorota Kobiela's hometown, so we can't wait to show the film there!

This week, Dorota was in Seoul as Loving Vincent was picked as the opening night film for the Seoul International Cartoon & Animation Festival. After the screening Dorota was mobbed by 300 fans who queued for her autograph! 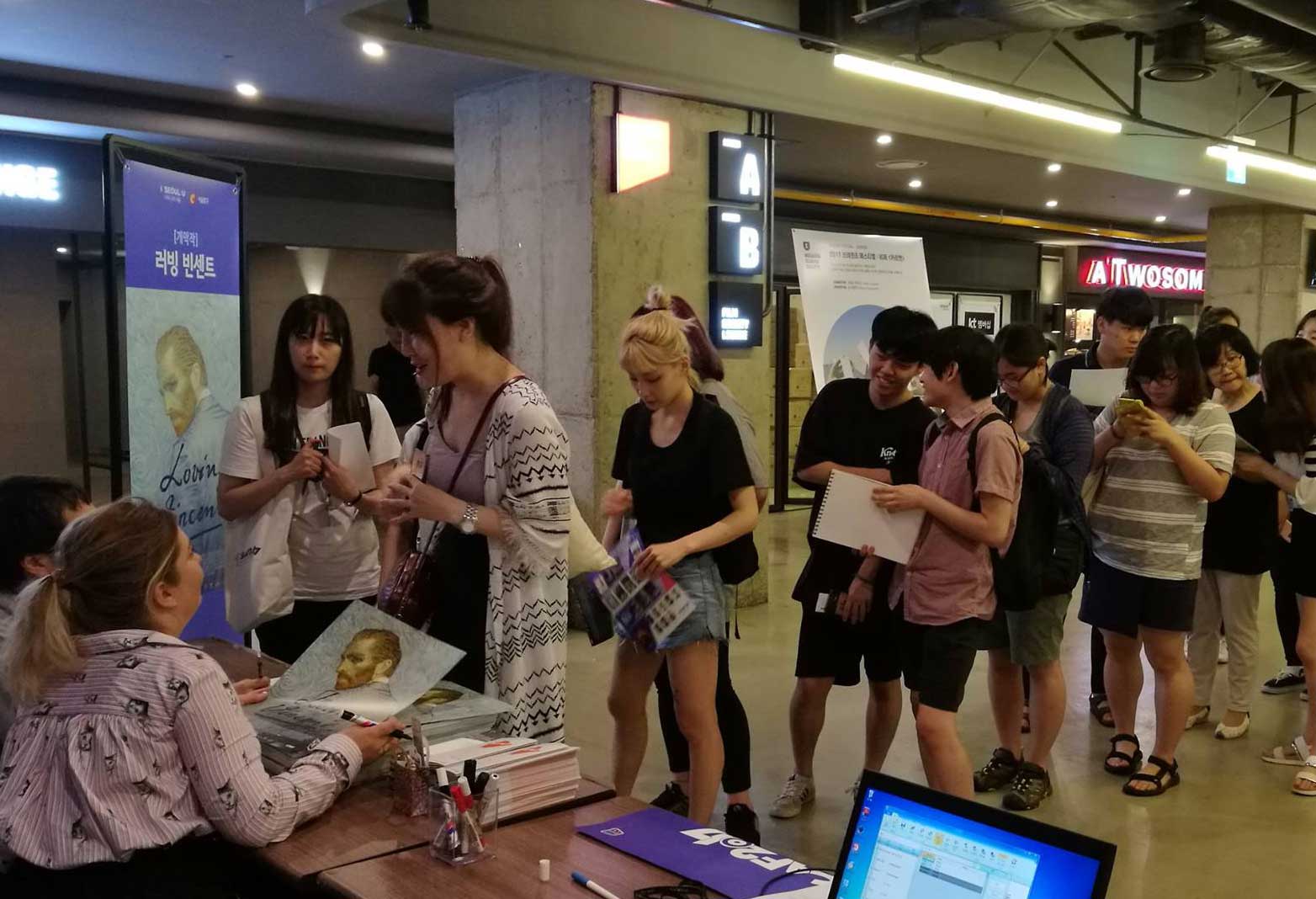