Loving Vincent is an Oscar Nominee!

Loving Vincent has today been nominated for Best Animated Feature Film at the 2018 Academy Awards!

Watch the Loving Vincent crew react to the nomination announcement in slow-motion below:

“This all started in an attic just before my 30th birthday, when I felt lost about what I was doing with my life. It's unbelievable that it has led to this. I am so proud we are the first Polish animated feature film to be nominated for an Oscar. I am equally proud that this year I am one of two female directors nominated in this category, which until now had only 4 women nominees out of all the 72 directors nominated. Maybe this is the year that we can start to change this imbalance. Most of all I am proud of my painters (over 60% of whom were women), my actors and my crew. They believed in an undertaking that many considered crazy - to paint an entire film in oil-paints on canvas by hand. I am a small part at the head of a great team of dreamers! Our dreams were sustained by Vincent, so I wish he was here so I could thank him too!”

“I couldn’t sleep last night… I was so nervous. Loving Vincent is a Polish-UK co-production. It is the not only the first Polish animation feature film nominated for an Oscar, it is the first Polish animation feature film in history animated by a woman, my wife Dorota, I am so proud of her, and grateful to her for including me on this wonderful journey as her co-writer and co-director. Also as a Brit I am very proud that this film is the first animation feature film nomination from Britain that isn’t produced by the national treasure that is Aardman! I am so grateful to the Academy for recognising and honouring our labour of love, it really makes the world of difference to small films like ours, in amongst these $100m plus studio Goliaths. Really, their decision changes the lives of film makers like us.” 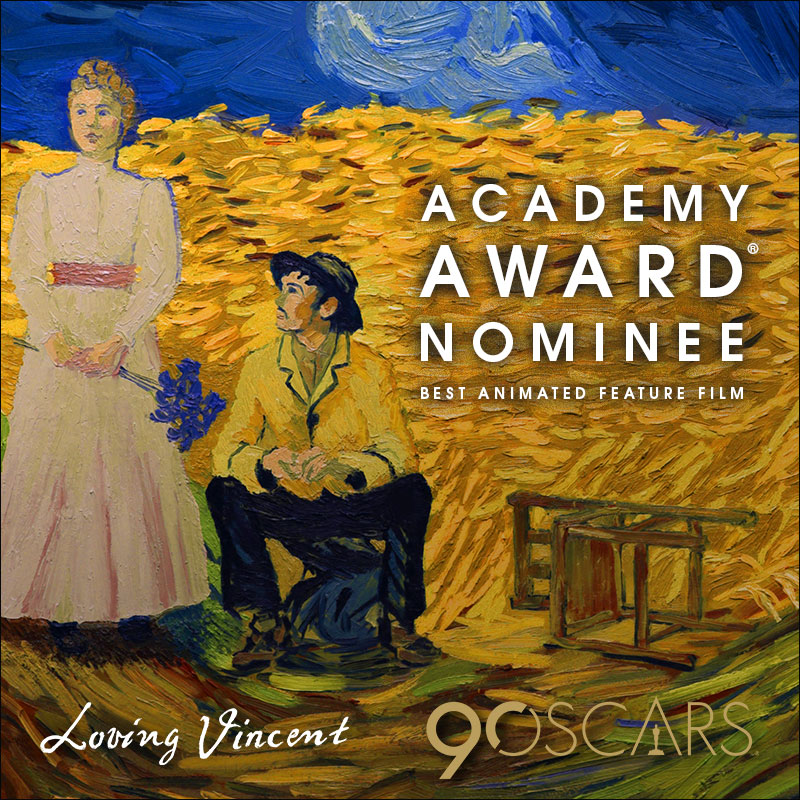 The award winners will be announced at The 90th Oscars on Sunday, March 4, 2018