Today at the Annecy International Animation Film Festival, Loving Vincent was announced as the winner of the festival's audience award. The award was presented to directors Dorota Kobiela and Hugh Welchman in a ceremony hosted by Artistic Director Marcel Jean. 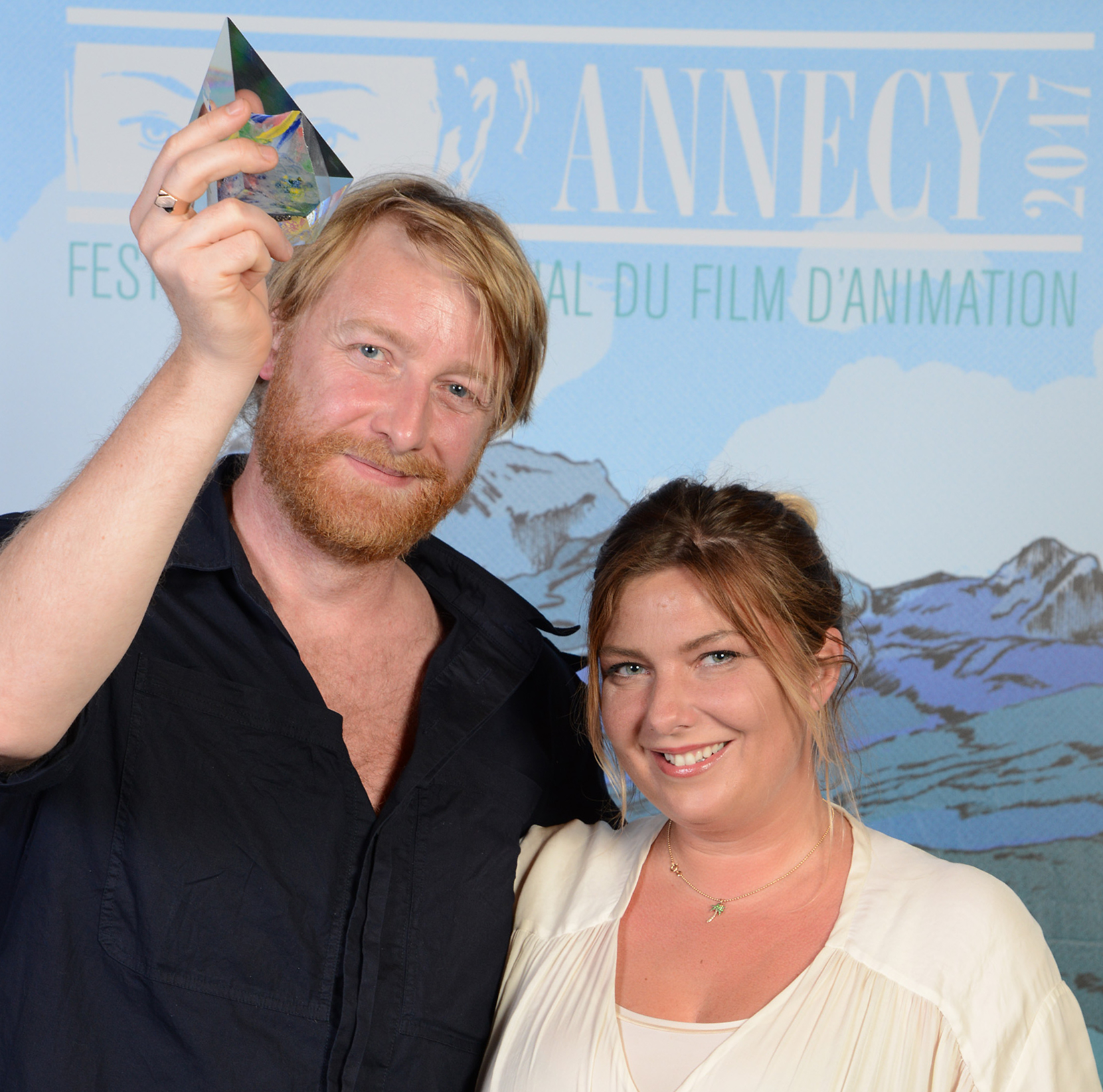 Tickets for all of our Annecy festival shows sold out almost immediately, and alongside the screenings the Loving Vincent team were in town to show festival-goers how we made the film, with a PAWS (Painting Animation Work Station) demonstration. Piotr Dominiak, Head of Painting Animation on the film, painted and animated a scene from the film based on Van Gogh’s La Moulin de la Galette, and one lucky festival goer got to take home the final painting frame following our competition draw. 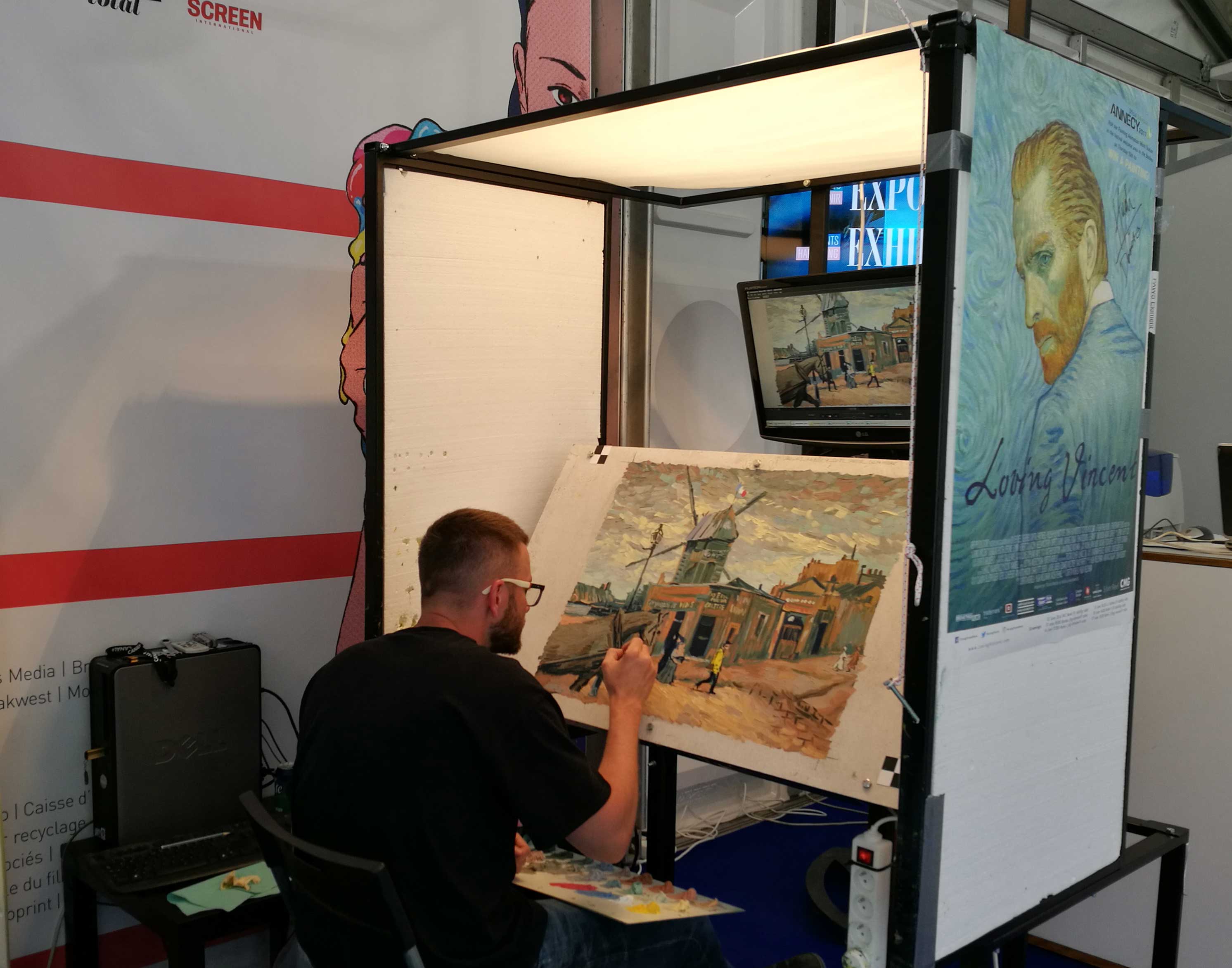 Actors Robert Gulaczyk (Vincent van Gogh) and Douglas Booth (Armand Roulin) also joined us in Annecy for the premiere, and a special Facebook live event with the Van Gogh Museum, hosted by museum director Axel Ruger, enabled fans from all over the world to send in their questions for our actors, painters and directors Dorota Kobiela and Hugh Welchman.

Also announced at the festival in a special press conference was the first confirmed Loving Vincent exhibition. Read more about that here.

Loving Vincent will be screening at other film festivals over the coming months, and the worldwide theatrical release of the film is scheduled for October.