In Loving Vincent, Postman Joseph Roulin is a key character. He is the father of Armand Roulin, sending Armand on his quest to deliver a letter, and find out what really happened to Van Gogh. 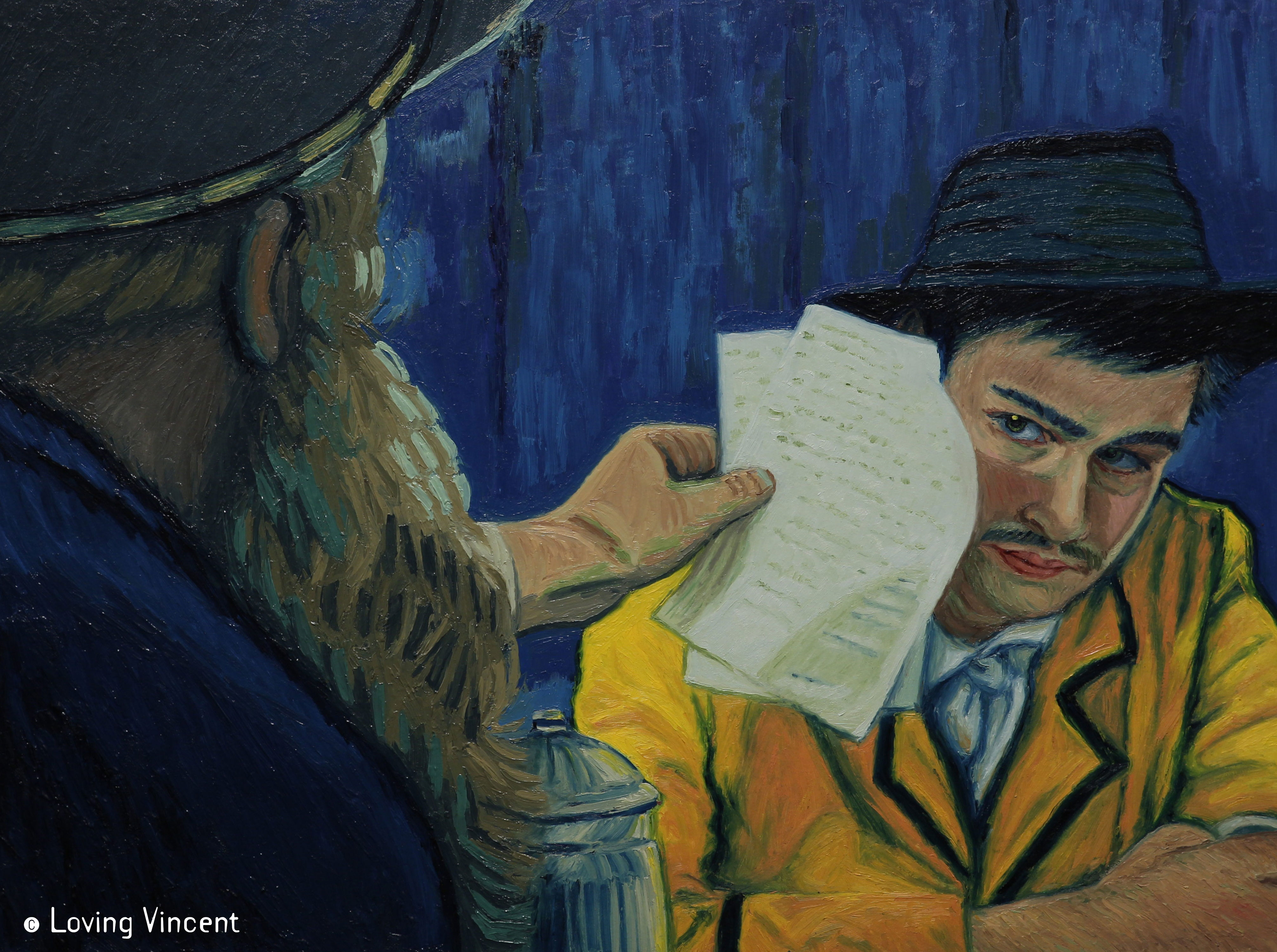 Postman Roulin was Vincent van Gogh’s closest friend in Arles, unsurprising as Vincent was such a keen letter writer, and the two often drank together. Vincent painted 23 paintings of the various members of the Roulin family, including six paintings of Joseph Roulin, always in his Postman’s uniform and hat. He painted more portraits of Postman Roulin than of any other person, other than himself. Vincent described him in a letter to his brother Theo:

“Now I’m working with another model, a postman in a blue uniform with gold trimmings, a big, bearded face, very Socratic. A raging republican, like Père Tanguy. A more interesting man than many people.
Vincent van Gogh in a letter to Theo van Gogh, Arles, 31 July 1888. 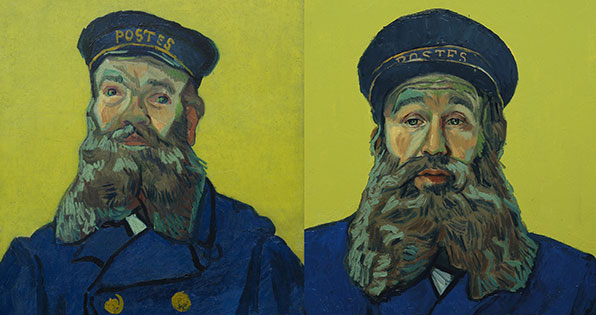 ‘Portrait of Postman Roulin’ and our final keyframe

We chose Van Gogh’s yellow Portrait of Postman Roulin for the basis of his character in the film because then we could set his argument with Armand in the famous Café Terrace at Night.

After the incident with the ear, Postman Roulin was there at Vincent’s ‘Yellow House’ the next day, and was one of the only Arles residents who stood by him afterwards. It was Roulin who cleared up his house, took him out of hospital, and was a pillar of strength for Vincent. Shortly after this, Roulin was assigned to work in Marseille, but they still exchanged many letters.

“Mr Vincent, please accept the sincere regards of all my family as well as those of him who declares himself your truly devoted friend.”
Postman Joseph Roulin in a letter to Vincent van Gogh, Marseille, 24 October 1889. 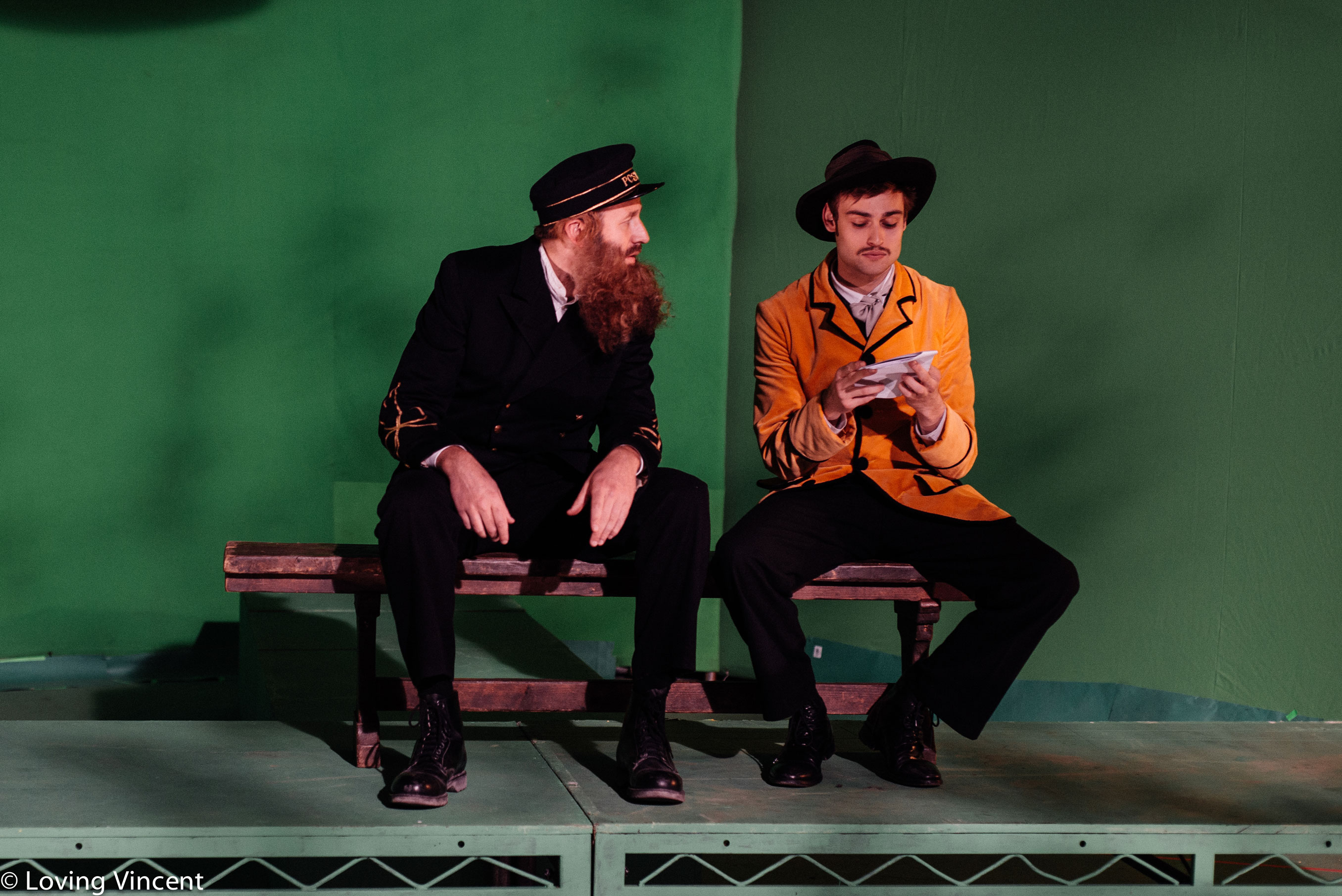 Chris O’Dowd as Postman Roulin, alongside Douglas Booth as Armand during the live action filming.